There is something quite satisfying about returning a machine to good working condition.

I recently obtained a lightly used but somewhat neglected Jet drill press from my former brother in-law in Texas. It had been in semi-storage for years and had quite a bit of surface corrosion and rust. We had to take it apart to get it in the car, but there was still room for Linus’ bed.

Here’s what it looked like when we got it home. 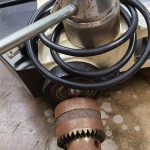 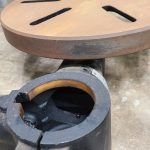 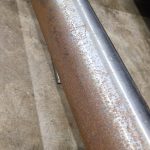 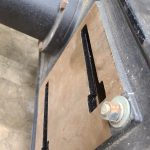 All of the ground surfaces had a layer of rust, but the worst of it was the chuck, chromed parts, and the motor mount rails. The post was pitted and the wheels for the rolling base had disintegrated. I found a small wasp nest in the belt housing. It took a few hours to disassemble it before addressing the rust.

The lightly rusted surfaces and the chrome responded well to fine steel wool and Bar Keepers Friend. If you’ve not used BKF, it contains oxalic acid and works wonderfully on rust. I’ve used it for years on the boat, especially to clean and passivate the stainless steel and to remove stains from the fiberglass.

For parts that were a little bit more corroded, I used Ospho (orthophosphoric acid), also something I’ve used for decades on boats. Not only does it chemically convert the iron oxide, it forms a protective coating that helps prevent future corrosion and can be painted.

For the worst bits, like the chuck, motor rails, and the hardware that had been “blued” with black oxide (which I wanted to avoid removing), I used electrolysis. I used an old Roku box 12v 1A power supply, a sodium carbonate solution (Arm and Hammer Washing Soda, 1 tbs per gallon of water) for the electrolyte, and rebar for the sacrificial anodes. I wired everything together with bailing wire and suspended the parts in the solution from a board. Make sure you connect the negative lead to the parts to be de-rusted. Surprisingly quickly, the process converted the rust and I was able to then wipe it off without loss of good material. A bit of polishing with a buffing wheel finished the job. 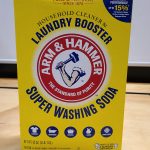 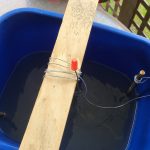 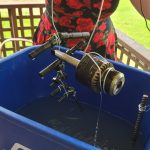 It’s more important for the post to be smooth that for it to be of a particular dimension, so I used a wire wheel on a buffer to remove the worst of the pitting and then sandpaper and elbow grease to smooth it out.

It took a few tries to find wheels that fit the existing mounts on the rolling base but it now rolls very smoothly and locks in place.

After a deep cleaning, I lubricated and reassembled the drill press and adjusted it for accuracy. The final result was very good. The runout at the chuck was 1 thousandth of an inch and the table was 0.3 degrees off perpendicular fore/aft and dead-on left/right. The motor runs smooth and quiet with little vibration. All in all, a very nice piece of equipment. 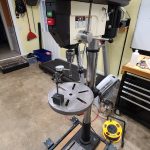 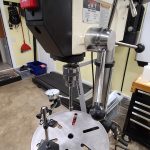 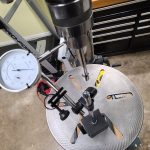 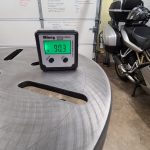 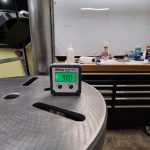 This entry was posted in Workshop and tagged Workshop. Bookmark the permalink.