Posted on September 3, 2017 by Michael DeCamp

On Wednesday, August 9, I set out from Moore on the Ducati to head back to Southern California.

I considered detouring up through Denver, to avoid another transit of HWY40 and see Colorado and Utah, but to be honest, I was ready to be home.  The trip took 2 days, reaching Flagstaff the first night and getting into LA early the next afternoon.  The riding was fun, but hot.  107 degrees and 10% humidity hot.  I think I could have made beef jerky on the passenger seat, but with taking frequent stops and wetting down, it wasn’t too bad.

One of the highlights was encountering an Uber self-driving car.  There were two people riding in the front seats, but they were talking to each other and not paying any attention to what the car was doing.  I followed them for about 10 miles as the car navigated construction, passed slower semis, and generally drove like a grandmother.  We’re close. 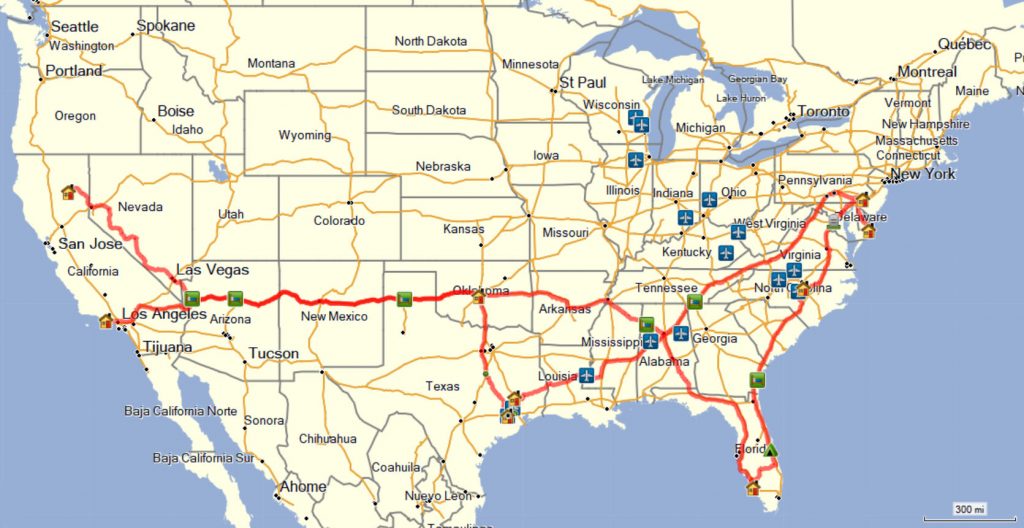 The blue “airplane” icons are all the airports we used on the trip to and from Oshkosh.  The green “bed” icons are where I spent the night in a hotel. 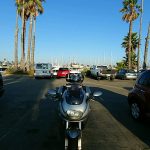 It was good to be back at the boat for a few days.  I got to see Quinn and her new bird “Chicken,” catch up with friends, clean the bottom of the boat, and try to bring some order to the piles of stuff I dumped at the boat back in April. 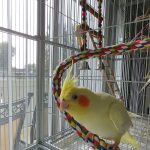 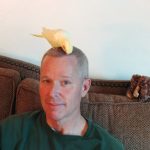 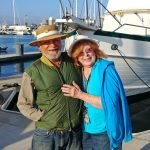 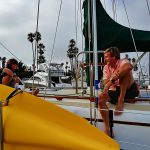 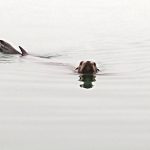 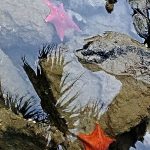 Strapping SCUBA gear to the motorcycle is always interesting.  I use it to clean the bottom of the boat, which needs to be done every month or so. 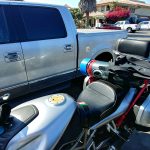 The next challenge:  how to get the van back from Northern California?